A 10,000-square-foot Beverly Hills mansion that once belonged to a Golden Age film star is set to be listed on Thursday for $21.95 million, Mansion Global has learned.

The home, which features seven bedrooms and 11 bathrooms, once belonged to the Romanian-born actor Edward G. Robinson, according to Jon Grauman of the Agency.

Robinson was one of the first, perhaps the first, occupants of the home, which was built in 1930, Mr. Grauman said. Many of the original details of the home have been preserved. It’s not clear how long Robinson lived there.

“It’s such a great combination of old-world charm and modern-day sophistication,” he explained. “It’s a really cool juxtaposition of the two different eras.”

For example, the residence boasts an original wood bar in what’s now the family room.

“You can just imagine what it was like when Robinson lived there,” Mr. Grauman said. “You can almost see him sitting around with other Hollywood stars of the day, smoking cigars.”

The dining room features hand-painted wallpaper from the 1940s, and there’s a floor-to-ceiling carved wooden fireplace that has also been restored, the agent added. At the same time, the kitchen has been remodeled and now features a butcher-block island, a breakfast nook, marble counters and a double-range oven.

The primary suite has been redone as well, and boasts dual dressing rooms “that feel like showrooms on Rodeo [Drive]”, Mr. Grauman noted. There’s also a bathroom with a soaking tub and a double vanity and two patios.

There are five bedrooms on the floor above with balconies, views of the garden and built-in shelving, according to the listing. There’s also a separate guest house and separate staff quarters.

Outside, there’s a pool with a waterfall and slide, plus a stone patio surrounded by landscaped grounds and mature trees.

Located north of Sunset Boulevard, behind the Beverly Hills hotel, the home also has a loft on the fourth floor—now serving as a home office—with views of downtown Los Angeles, Mr. Grauman said.

The property last traded in 1999 for $2.6 million, according to public records. The current owners were not immediately available for comment. 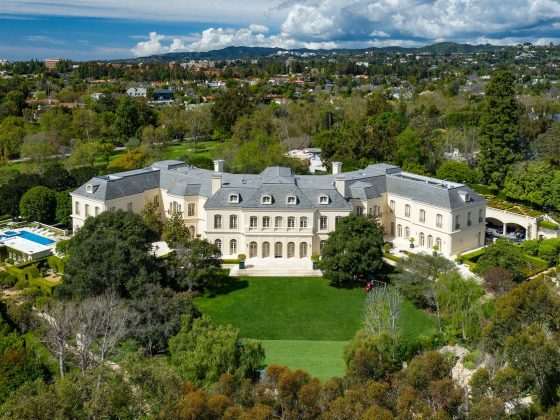 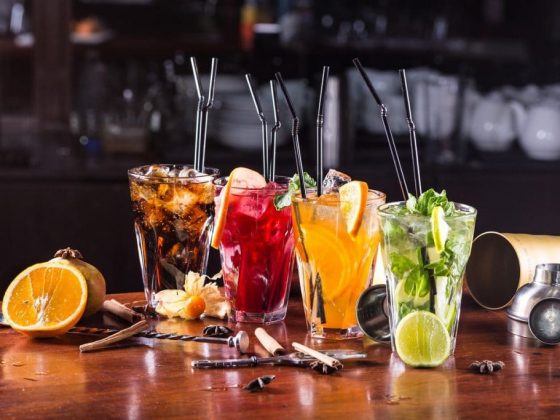