A nearly 10-acre swath of prime real estate in the Hamptons in New York—with 550-feet of frontage on the Atlantic Ocean—was relisted Thursday for $75 million.

A roughly 18,000-square-foot, unfinished home currently sits on the Southampton property, which the buyer can finish or reimagine, according to listing agent Tim Davis of The Corcoran Group. Tearing the structure down and starting from scratch is also an option.

“It’s an opportunity to develop a site with your own ideas around how you’d like to live along the very famous Meadow Lane in Southampton,” he said. “It’s the largest nearly undeveloped site on the ocean in Southampton Village.”

The listing includes a design for a renovated, ultra-modern home on the property. It includes a terraced infinity-edge pool, floor-to-ceiling windows and several outdoor areas, including a covered seating area and upper level balconies, renderings show.

“Giving someone an idea of how they might develop this site in the way that we think the market is somewhat dictating today, we thought that was a positive move,” Mr. Davis said. “Properties come on the market and they sell relatively quickly. There’s a high demand for properties in the best locations and this falls into that category.”

If the home on the property were complete, the asking price would be more than $150 million, the agent added.

Designed in Moroccan style, the existing building has been abandoned for a number of years. It’s owned by an LLC, Meadowcore, with addresses in New York City. Mansion Global could not determine for how much the property last traded.

The estate was first listed over the summer for $85 million, property records show. The listing was removed in December. 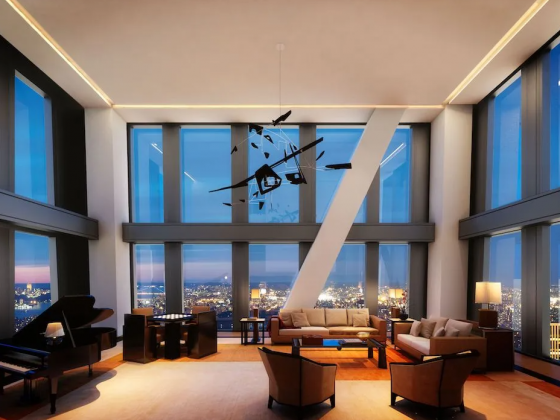 Duplex Penthouses Take Townhouse Living to the Next Level 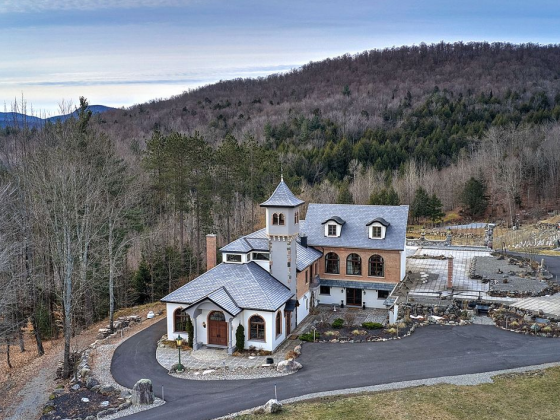 Peek Inside the Canadian House Where Adele Filmed ‘Easy On Me’