Ulysse Nardin reveals the Blast Moonstruck, an ultra-design version of one of its historical astronomical complications: the Moonstruck. Housed in the geometrical case of a Blast, the new watch is descended from the trilogy of astronomical timepieces created nearly forty years ago by the master watchmaker Ludwig Oechslin. The Blast Moonstruck reproduces the moon’s rotation, the apparent movement of the sun around the globe as we observe it from Earth and a tidal chart.

The sophisticated mechanism of the Blast Moonstruck assures the display of the time in a place chosen from among the 24 principal time zones that the world has been using since the Washington Convention of 1884. By means of pushers located on the left-hand side of the case, it is possible to put the main time display forward or back in leaps of one hour to adjust to another time zone.

The Blast Moonstruck is also fitted with a moon phase complication of precision. Together with the complication, it allows real-time following of the sun. This scientific representation of considerable oneiric potential will be perfect for connoisseurs who are looking for the ultimate watch, but also that of sailors who will be able to predict the dates of the spring tides at a glance by observing the sun and moon aligning on their respective ellipses.

The part of the northern hemisphere seen from the North Pole is placed at the center of the sapphire crystal. To increase the impact of the 3D effect, the domed crystal, with the land masses micro-engraved on the inside, is set in the protective sapphire crystal box encircled by an 18 ct rose gold ring engraved with the 31 days of the month, which has for a pointer a small triangle loaded with luminescent material.

Underneath this three-dimensional structure is hands of the precision. Their tapering form and the presence of a generous quantity of luminescent material down the middle ensure instinctive reading. They indicate the local time, set to the time of the time zone in which the watch’s owner lives. But they can also be set at will to any one of 24 time zones for which the names of corresponding cities are reproduced on the fixed flange of the dial. This can be done, forwards or backwards, by means of a sophisticated mechanism and activated by the two rectangular pushers located on the left side of the case.

In addition to the time display observable against a background of the night-sky portrayed by a disk made of aventurine, times around the world can be read with the help of the fixed flange bearing the names of cities and the rotating disk on which a sun in relief and the time indications appear at 12 o’clock. The watch also has a Dual Time mechanism that allows changing of the main display in leaps of full hours with the aid of the two pushers located on the left side of the case middle to show the time in a given country on the dial while keeping the initial time alongside the reference city.

A representation of the moon phases is represented in a round aperture located at the apogee of an ellipse portraying its orbit. Carried by a disk, this aperture is associated with an elaborate gear train. It causes the moon phase indicator to make one complete rotation per day to follow the course of the sun, the source of the moon’s brightness, and also causes it to make a full circle of the dial in 29 days, 12 hours, 41 minutes and 9.3 seconds, representing the duration of a lunar month, also known as a synodic rotation, which has an astronomical duration of 29 days, 12 hours, 44 minutes and 2.9 seconds. When a portion of the moon is visible in it, the aperture keeps an identical position in relation to the sun for 24 hours. 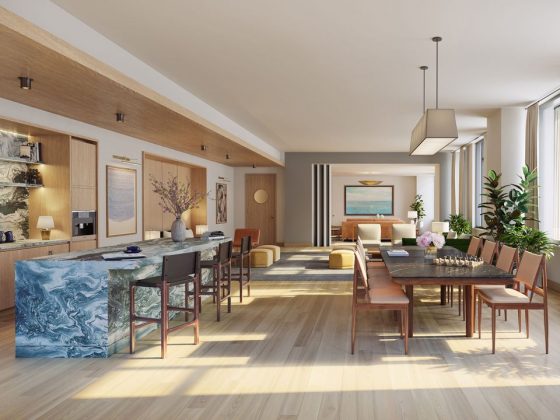 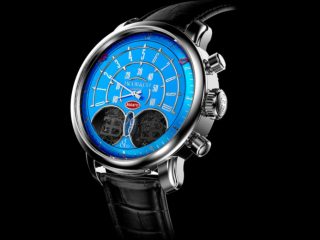 $250,000 Jean Bugatti Timepiece Is One of the Most Complex Chronographs Ever Created 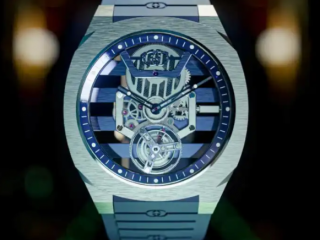 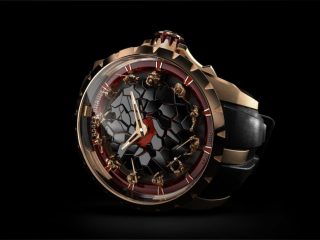 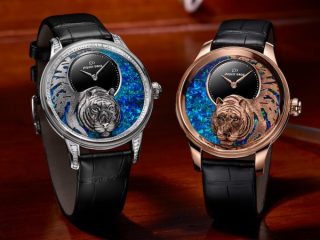 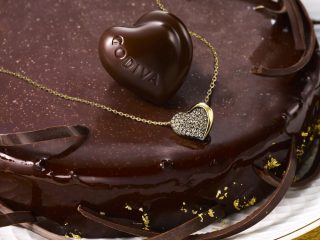 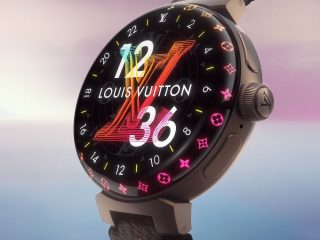 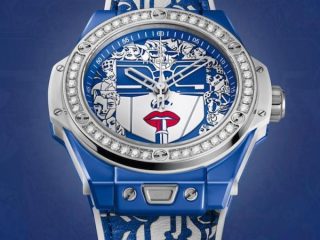 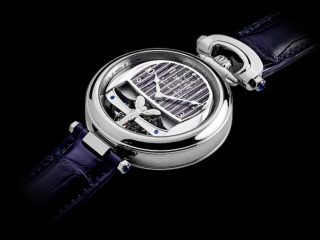