A nearly 100-year-old Dallas home that’s only been owned by two families hit the market last week for $2.5 million and is already under contract.

Sitting on just over an acre of land, the three-bedroom, three-and-a-half bathroom home boasts original parquet flooring, leaded glass windows and plaster work, according to the listing with Rob Elmore of Dave Perry-Miller Real Estate. Many of the rooms also have their original paint.

“So many details are still there,” Mr. Elmore said. “The sellers wanted it to go to someone who will preserve and protect the best details.”

The sellers, both retired doctors, bought the home in 1972, although Mansion Global could not determine how much was paid for it. They were so keen that the house be maintained that Mr. Elmore brought in Preservation Dallas, a nonprofit dedicated to preserving properties in the city. The organization hosted a tour of the home last week for about 100 people.

“A lot of people love this house because it looks like a castle,” he said. And although the new buyers, whom Mr. Elmore declined to identify, may update the bathrooms or kitchen, this home isn’t a teardown.

“It’s not that challenging to restore details like the filigree and the flooring,” Mr. Elmore said. “It’s possible to keep the best of the best and repurpose other areas to make it more current for today’s living.”

The residence was built in 1929 in the Lakewood neighborhood for L.H. Lacy, a native Texan and a civil engineer, according to Preservation Dallas. Lacy, who died in 1978, helped create lightweight concrete U.S. Navy boats during World War I, and his work with concrete led to his involvement in road construction, including bridges and underpasses, in the 1920s and 1930s.

Architect Vern E. Shanklin designed the house, which also has a large foyer that leads to a living room with a period fireplace and French doors, according to the listing. Both are painted a mint green, which is part of the original color scheme of the home.

Many of the rooms are painted bold colors or covered in vintage wallpaper painted with ferns, flowers or other botanicals, listing photos show.

There’s also a wood-paneled dining room, a large sunroom with an indoor garden area and a library in the turret of the home that has built-in bookcases and a view of the front lawn, according to the listing.

The main bedroom suite has a fireplace, dressing room, a vintage bathroom and an adjacent office. The second and third bedroom share a bathroom.

There’s a kitchen with two ovens and wine storage, plus a basement level encompassing a family room and a den with a bar. In addition, there’s a three-car garage and a recently renovated one-bedroom cottage behind the main home. 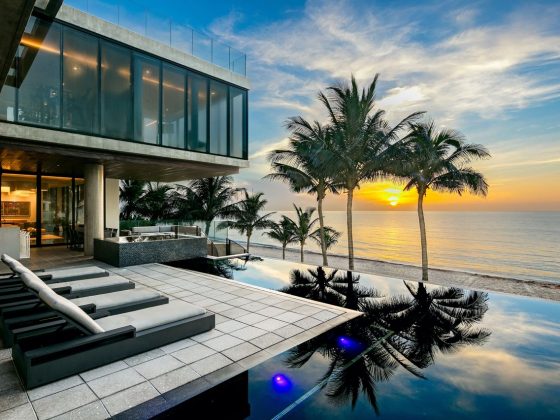 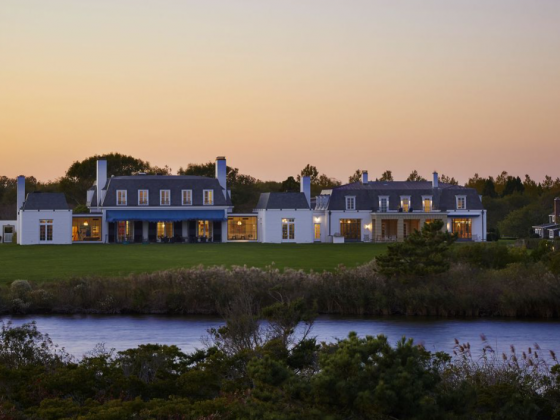