Amid the surge in migration to Florida, Boca Raton-based real estate agent Senada Adzem noticed a surprising cohort of out-of-state buyers house hunting around her market—Texans.

“We started getting all these clients from Texas, and I’m like, ‘well, we’ve never had Texans before,’” said Ms. Adzem, an agent with Douglas Elliman.

Over the course of the Covid-19 pandemic, the ability to work from home has persuaded more people than ever to pack up for the Sunshine State. Florida has always been attractive to buyers, not only due to its sun and sand, but also because it’s one of nine states in the U.S. that doesn’t charge personal income tax. The catch is neither does Texas.

Agents in Florida, who have traditionally catered to U.S. buyers from the Northeast and Midwest, are now seeing clients from more unexpected areas. That includes high-tax California, but also low-tax states such as Texas, as well as Nevada and Tennessee.

“We’re seeing a completely different type of client moving to Florida,” said Ms. Adzem. “Before, it was a lot of New Yorkers and a lot of people from Connecticut and New Jersey. Now, it’s shifted where a majority of the recent families we’ve had buy [homes] here are all coming from California and Texas.”

For clients from the West Coast, “there’s a huge sense of urgency for tax reasons,” she added. But many of the “Texans” she’s seen had first moved to Texas from the Golden State, but didn’t quite settle in.

“It happens to be that they are mostly Californians who moved to Texas but are not as thrilled with the lifestyle,” she said. “They don’t have the ocean. They don’t have a lot of the things they were accustomed to in California.”

Views of Florida listings from Dallas- and Austin-based users are even lower, accounting for 2.7% and 2.5%, respectively.

In addition to its favorable tax regime and sunny weather, many clients also feel Florida is “a little more glamorous,” Ms. Adzem said.

Indeed, luxury brands and top-notch restaurants have been expanding in Miami, Palm Beach, Naples and other areas of the state. High-end stores like Louis Vuitton have opened bigger shops in Miami’s Design District, and acclaimed chefs from New York have migrated south, following the affluent New Yorkers who have already decamped to Florida and are bringing more upscale dining options with them.

Of course, the ability to work remotely—which has surged over the last two years because of the Covid-19 pandemic—has given many people the chance to relocate. And working remotely doesn’t just mean working from home.

“On Friday afternoon at 5 p.m., everybody’s on their boat enjoying a beautiful time on the Biscayne Bay or the Atlantic Ocean and they can continue to do business,” explained Daiana Quiceno, vice president of sales for Waldorf Astoria Miami Residences at Property Markets Group. “It’s one of these few cities where you have this benefit because everything is surrounded by water.”

She recently worked with a couple who moved from California to Houston during the pandemic, largely to escape the mask mandates in their former home. However, once they got there, they found themselves looking to the East Coast.

“They traveled a lot internationally…[and] their port of arrival was Miami,” Ms. Quiceno said, adding that they came to appreciate all that the city had to offer. “It’s more about lifestyle, the multicultural lifestyle that you receive here in Florida. They feel they’re abroad without having to need a passport.”

“The ocean played an important role on their end,” the agent added.

The couple bought a unit at the Waldorf Astoria Miami Residences, which is set to open in 2026. Although they struggled to find another, move-in ready property in the city because the inventory is so low, they eventually found one and have already made the move, Ms. Quiceno said.

Some Texans, long-standing and recently minted alike, have sticker shock when they see the difference in home prices between Texas and Miami, she said. At the Waldorf, a roughly 3,500-square-foot residence is priced at $8.6 million. A similarly sized condo in a new building in Houston is currently listed at $4.9 million.

Nevada has also been a pitstop for some incoming Floridian’s, including Gina Lynch-Moskow, who moved to the Sunshine State about a year ago. Ms. Lynch-Moskow, a designer, had been living in Los Angeles, but relocated to Las Vegas when she married her husband, Eric Moskow, a doctor and healthcare investor.

The couple was going back and forth to New York, where they also have a residence. When the Covid-19 pandemic began, they reevaluated, she said. Mr. Moskow has adult children and grandchildren in Florida, which made the move “a no-brainer.”

“I’ve been pleasantly surprised how much energy there is,” she said. “The ocean is warm—you can actually go in instead of just looking at it like you do in California. And the people are so much friendlier. We’ve made so many friends so quickly.”

Ms. Moskow admitted her expectations for the amenities were low, but she’s found Miami and Palm Beach to have the shopping and restaurants she’s accustomed to in L.A. or Vegas.

Although not their only priority, being in a low-tax state was a must.

“If Florida did not have tax incentives, it would not have been an option,” she said.

The couple is now on their second residence in the state, having first moved to Highland Beach, about 50 miles north of Miami in Palm Beach County. The couple bought a nearly 11,000 waterfront property with walls of glass there in March 2021 for $21.6 million, then sold it in September for $30.25 million.

They then moved about five miles north to the exclusive community of Stone Creek Ranch in Delray Beach, paying about $17.9 million for a 18,482-square-foot megamansion built in 2021. Ms. Adzem represented them.

No one moves across the country for tax reasons alone. It’s the whole package of weather, amenities and culture, according to Chris Resop, a Naples, Florida-based agent at The Agency.

He has also seen buyers migrating from other low-tax states. He recently worked with clients who had moved to Tennessee, but decided to relocate to the Naples area.

Mr. Resop has also seen clients who owned vacation homes in tax-friendly states decide to pull up stakes in favor of Florida.

“They have vacationed here and seen how much the area has to offer,” he said, noting that in addition to the beach and warm weather, Naples offers top restaurants and shopping. “Once they have, they sell their homes elsewhere and come to Florida.”

Former Las Vegas resident Ms. Lynch-Moskow noted that after their move to Florida, they “have been adjusting, but adjusting well.” However, the seemingly out-of-nowhere tropical rain storms have been something to get used to, as is the wildlife.

“Never did I think I’d need an actual plan to escape an alligator,” she said. 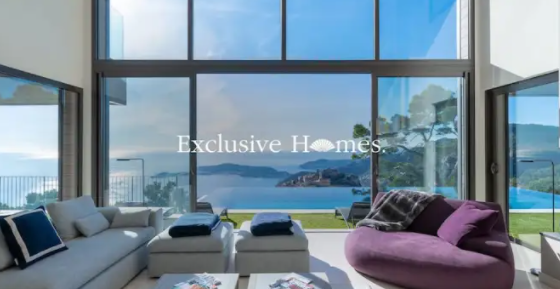 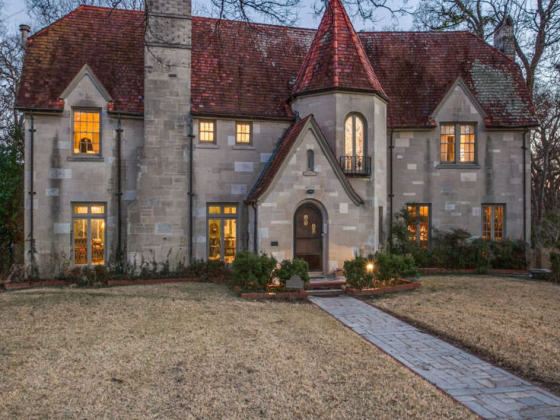 Century-Old Dallas Castle Lands a Buyer in a Week