Norway’s Hamn i Senja is an Arctic island location worthy of a starring role in a James Bond movie. The government of Norway provided a budget of over £3.5 million for scenes from James Bond’s No Time To Die to be filmed in the country, however, they passed up an amazing opportunity by missing out on Senja from the filming itinerary.

With snow-capped fjords, rugged beaches, dazzling auroras and bracing northerly winds, the island would have fitted in perfectly. Plus it boasts gorgeous views far above the Arctic Circle. For those venturing this far north, Hamn i Senja is no doubt the best hotel around.

Hamn i Senja is the perfect place to enjoy a truly rugged and raw Arctic nature experience, incomparable to any equivalent you’ll find in the city. The residence offers the opportunity to be out in the midst of the wilderness, but to receive the standards of service of a luxury hotel at the same time. Located in the fishing village of Hamn on the island’s west coast, it’s picture postcard perfect from the very first approach, with its little boats bobbing dreamily on the water for your viewing pleasure.

The area is known for its often rugged weather conditions, which heighten the experience. The whistling arctic winds are adrenalin-inducing and exhilarating when outdoors and a lullaby direct from the heart of nature when ensconced in a warm and cosy bed.

The immediate area is one of the prime locations for Northern Lights viewing, with its remote location guaranteeing almost zero light pollution. Between early October and late March, the chances of seeing the legendary Green Lady streak across the sky are high.

The aurora is potentially visible from some rooms, or for those who want to be right where the action is, the hotel has its own strategically located wooden lighthouse boasting a 360-degree vantage point for viewing. It’s warm, cosy and comfortable with toasty under-seat heating, and its central column rocks atmospherically in high winds. Sparkly fairy lights adorn the interior, and hot chocolate can be served to keep your appetite satisfied while waiting for the aurora to appear.

Meanwhile, the hotel also boasts an outdoor hot tub and sauna for guests to use, and an opportunity to try Arctic bathing, which will see you bobbing along in the water with the help of a flotation suit. In the colder months, you might spot guests dashing past the restaurant, swathed in fluffy towels, as they alternate between a skinny dip in the chilly Arctic waters and a warm-up in the on-site sauna close by. It’s a traditional Scandinavian wellness technique, with the cold water said to offer circulation-boosting health benefits. For those who dare to brave the cold, it’s of course also possible to try it yourself.

Although an aurora car chase is a great adventure if you’re basing yourself in Tromso (the gateway city you’re likely to fly into first), realistically there’s no greater luxury than bedding down somewhere further afield (and even higher above the Arctic Circle) to experience the lights from the comfort of your very own fjord view room. There’s potentially no need to even leave your bed to see the magic surrounding you.

Aurora rooms, the highest category available, offer a spacious private veranda and floor to ceiling windows for maximum viewing opportunities. They also have blackout curtains for use in summer – the season of the midnight sun. For those travelling in a family group, two and three-bedroom suites are also available, featuring jaw-dropping fjord and harbour views from the living room. These apartments are for up to six people and include kitchenettes with cooking facilities. (It’s vital to plan ahead if self-catering, though, as no supermarket is open on Sundays.) Smaller studio rooms are also available.

The restaurant faces the hotel’s very own miniature harbour, and – as you’d expect from a renowned fishing village – it specialises in serving up fresh, locally caught seafood. Expect to sample local and traditional foods including the must-have starter, a mouth-watering fish soup, while the main courses include tender arctic skrei and cod. Guests should book meals in advance to guarantee the restaurant’s availability.

During the summer, it’s possible to eat outside to enhance the maritime experience further, with the sound of the waves crashing becoming your ultimate dining soundtrack. The restaurant also offers fabulous views of Sukkertoppen mountain and guests who visit during summer will be treated to dinners with endless hours of light thanks to the midnight sun, which can be experienced from the end of May to the end of July.

The scenery on Senja island is so diverse that not only does the season often seem to change several times in a single day, but – even in the midst of spring – you might find yourself wearing your snow boots on the beach! Wild reindeer wander majestically around in the snow-sprinkled wilderness, while near Hamn, you’ll encounter a frozen lake that could easily be mistaken for the one in the Norway scenes filmed for No Time To Die. The best introduction to the landscapes is to join a guided activity offered by the hotel, such as a fjord and wildlife safari by boat (dependent on the weather) or a car journey to see the main sights.

The hotel’s own private boat whisks guests out to the Bergsfjord archipelago to admire the deep turquoise water that has seen the area proudly branded the ‘Caribbean of the Arctic’. Eagles and seals might be sighted, alongside islets with epic white sandy beaches.

By car, there’s an equally mesmerising round of scenery, with the possibility of stopping off at snow-shoeing spots as late as April. A favourite for guests is heading to the Bergsbotn viewpoint, an elevated platform with spectacular fjord views that is perhaps the most Instagrammable spot on the entire island.

Adventurous travellers can also go snowshoeing either by day or under the night-time Northern Lights, indulge in a spot of fishing amid crystal clear waters, or man their own kayak for a James Bond-style thrill-seeking expedition. Views are uncompromisingly spectacular almost everywhere on the island, making it impossible to put so much as a snow boot wrong.

Plus, ski tourism has scarcely kicked off on the island yet in spite of its picturesque location, meaning that, at times, it’s possible for guests to glide over the slopes without even one other person in view. The hotel can arrange a ski guide for you, while other snowy activities that are possible to book include the all-time favourite dog-sledding with a pack of enthusiastic huskies.

Further exploration of the island will even uncover old World War II bunkers and tunnels and a secret NATO radar base close to the country’s border, and don’t forget a trip to Mack’s Ølbryggeri, one of the most northerly breweries in the world.

As you can see, it might be a wilderness spot but it’s far from a barren one – in fact, it’s packed with action. Most guests would enjoy four nights here, to make the most of all that the island has to offer.

It is highly recommended to spend time in Tromso, the gateway city to the Arctic, on your way to and from Senja. The Norwegian Travel Company can organise a whole host of activities departing from the city. Winter/early spring brings opportunities to visit the Ice Domes and view their impressive collection of ice sculptures, which are dismantled and then rebuilt again on an annual basis. Guests can stay overnight here, with furry reindeer skin blankets to wrap around themselves, but beware the big freeze, as the temperature is constantly maintained at a chilly -5C.

Another activity is the Northern Lights car chase, which can take guests as far afield as the Finnish border in a bid to spot the often elusive Green Lady. Another iconic activity is soaring high into the sky on the city’s cable car for spectacular views almost 1,400ft above the ground. It’s possible to get a glimpse of how the Northern Lights work at the Tromso Museum. Then, at the Polarmuseet, catch a glimpse of the harsh lifestyle endured by the Arctic trappers, who risked scurvy, hypothermia and polar bear attacks as they camped up to nine months of the year in extreme snow in the country’s most northerly regions.

Fortunately, your own stay in the Arctic will be a million times more comfortable than the endurance tests faced by the trappers, courtesy of the Radisson Blu and Scandic hotels, two of Tromso’s very best. Both are located right at the heart of the city, featuring dazzling views over the harbour front – and they’re a perfect place to wind down before you travel to Senja.

The majority of guests will fly into Tromso airport (flights available from all major London airports, typically stopping off in the country’s capital, Oslo, first). A small number of direct flights are also available.

From Tromso, the gateway city to the Arctic region, guests can either choose to hire a car and indulge in a three-hour scenic drive, or they can take the ferry to Finnsnes (1h30) plus drive for a further 50 minutes to arrive directly at the hotel’s door. Transfers can easily be arranged for those without their own wheels.

While Tromso is a great starting point, the true luxury wilderness experience – and that authentic feeling of having reached the Arctic – is definitely to be found further afield in Senja. The experience is all about the outdoors – whistling winds, snow-capped fjords, plus scenes of frozen lakes that could easily have been lifted straight out of the movie No Time To Die. If you come with your imagination alive, you can even picture Bond himself racing on a RIB boat in the icy water.

Whether you choose to experience the Northern Lights or midnight sun season, there’ll be a host of activities for adults and children alike that will make this the luxury trip you’ll never forget. 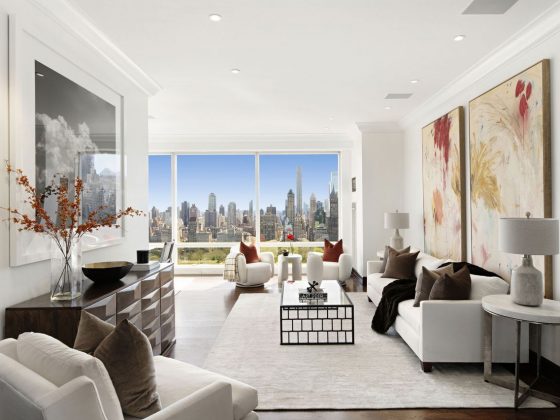 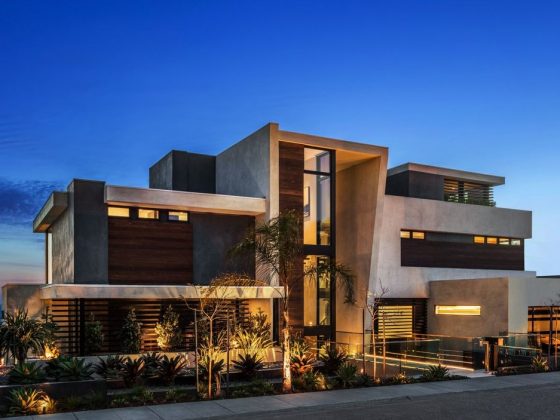 Waterfront Estate in La Jolla, California, to List for $32.5 Million 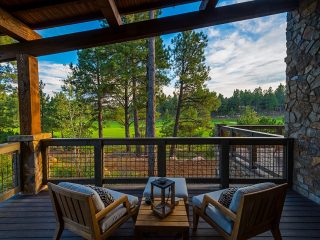 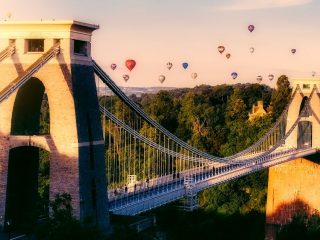 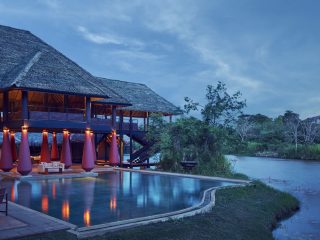 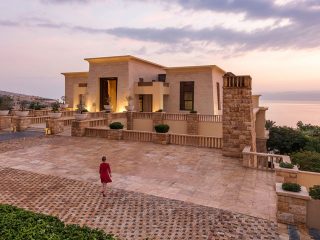 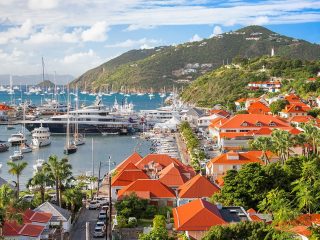 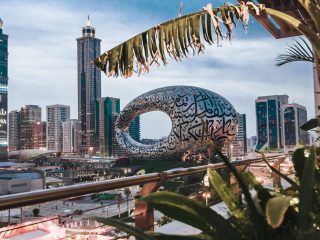 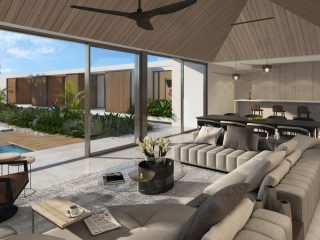 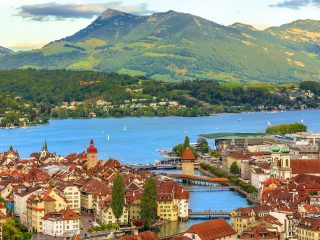