The Los Angeles home of the producers of the 2019 Judy Garland biopic “Judy” hit the market Thursday for $7.95 million.

Filmmakers Mickey Liddell and Pete Shilaimon have owned the traditional five-bedroom residence, located in the city’s posh Brentwood neighborhood, since 2014. They bought it for just under $4 million, according to records with PropertyShark, and have expanded the house over the last eight years.

The property came with an architectural pedigree, as it was designed by architect Gerard Colcord in 1949, but was updated by Mr. Liddell and Mr. Shilaimon, according to listing agent Alexis Ramos of Sotheby’s International Realty’s Beverly Hills Brokerage.

“The modern elements tie in with the original architecture, which make it adaptable to today’s living,” he said. “It’s also set back off of the street, so it’s really quiet.”

Colcord, who died in 1984, was known for creating open kitchens with huge brick fireplaces, one of which still exists within the home.

The owners “kept that in place as a service kitchen, and they created a bigger, family, open-style kitchen that goes out in the backyard,” he said. “They have Fleetwood doors that slide into the walls for indoor-outdoor living.”

The couple added a sitting area to the primary bedroom suite as “a separate place to get away,” Mr. Ramos said. The suite also boasts vaulted ceilings and exposed beams, and the sitting area leads to a private patio overlooking the backyard.

They also added a spa to the pool area and “did a beautiful job with the landscaping,” he added There are several sitting areas outside, and the pool has a waterfall.

“They created a lot of open space,” the agent added. “These are park-like grounds.”

Other features include hardwood floors, original moldings, textured wallpapers and built-in shelving. The home currently has a gym, which could also be used as a sixth bedroom or a theater.

In addition to “Judy,” for which Renée Zellweger won an Academy Award for her portrayal of Garland, the couple has also produced “Jackie,” starring Natalie Portman as former First Lady Jacqueline Kennedy, and “Introducing, Selma Blair,” a documentary about the actress released this year.

Mr. Liddell is also a four-time Tony winner. He and Mr. Shilaimon were co-producers of  Broadway hits “Hadestown” and “Dear Evan Hansen.”

Mr. Liddell and Mr. Shilaimon did not immediately respond to a request for comment. 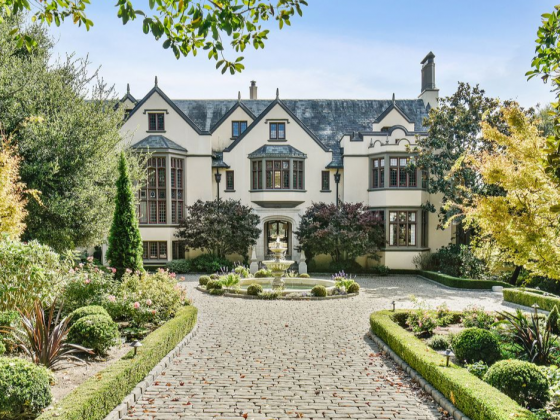 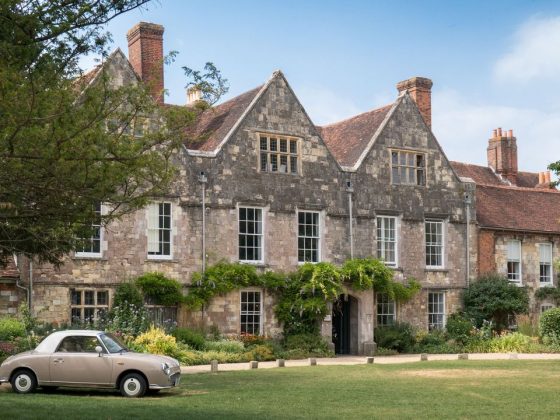