Jam-packed with mesmerising architectural heritage sites including the Colosseum and the Vatican City’s Sistine Chapel, the city touted as the birthplace of Western civilization stands as an open-air museum of breath-taking architecture and history. Its top attractions include a vast variety of exquisite cuisine, luxury shopping and contemporary art and culture.

Whether on a treasure-hunting mission amongst the eternal city’s talented artisans and luxury boutiques, or embarking on a few days of relaxation highlighted by divine gastronomical explorations and cocktails atop the capital’s elegant rooftop terraces, there are a few obligatory pit stops while visiting the eternal city.

A must when in Rome are the many magnificent boutiques that characterise the city with their contemporary craftsmen, some with skills passed down generations over centuries in pursuit of uniqueness in their craft. The kaleidoscope of lavish choice presented by the city permits indulgence in a wide selection spanning art, architecture, design, fashion and even gastronomy.

Of note is the cobbled Via Margutta street, a treasure-trove of art galleries and antique shops frozen in time by Gregory Peck in ‘Roman Holiday’. Renowned La Dolce Vita director Federico Fellini chose this vibrant area – so full of character – located near the Spanish steps for his Roman abode. Today, it is home to some of Rome’s best-known art galleries, many of which feature not only contemporary works but also 20th-century masterpieces from artists like sculptor Arnaldo Pomodoro and painter Giorgio de Chirico.

Close by lies Via Condotti, where all the top end-designers are situated. Here, the magnificent creations of Neapolitan jewellery-master brothers, founders of Peppino Capuano in 1960, can be found.

A certain must is also a visit to Triple F, named to homage fashion scion Federica Formilli Fendi and operating under the artistic direction of designer Carlo D’Emilio in recovering and reinterpreting one-of-a-kind cult collection pieces, be they artwork, jewel, or even rare fashion designs. With its motto: “quality and style are timeless… Luxury is knowing how to choose,” it’s difficult to go wrong.

The creative Triple F space is situated in a historic building located in the heart of the colourful Trastevere neighbourhood of Rome, both home and workplace to various contemporary artists including Cy Twombly and Mario Schifano. Art and fashion enthusiasts and ambitious, die-hard collectors – as well as simply the curious – mill round on location, attracted by the mixing and matching of iconic showpieces that are featured. Part gallery, part store, part lifestyle hub, it’s a firm favourite with the local fashion elite and the travelling glitterati and epitomizes Italian craftsmanship, high-quality standard cult objects and style-setting displays.

As you stroll around town, make time for a cappuccino at the iconic, historic Caffè Greco, where poets Shelley and Byron were considered locals. Also try the typical local Roman fried artichoke in the Ghetto – or Rome’s Jewish quarter.

Whilst enjoying the sites of the city, partake in what can be deemed a national pastime, or the pre-dinner ‘aperitivo’ or drink. The best place to enjoy this magical moment of the day, at sunset, is on the Hotel W’s Panoramic Otto Rooftop Bar, accompanied by strains of music, gentle conversation and a magnificent view over the city skyline. Here, surrounded by elegantly dressed Romans drinking cocktails served in exquisite chalices, you can admire the even more exquisite view.

Follow on with dinner at the Hotel W’s signature Giano restaurant, a firm favourite in the capital after the establishment reopened following its recent in-depth renovation that brought the building to its original splendour.

Where better to be based during your trip to the Eternal City than the hotel that’s the firm favourite of Julia Roberts and Leonardo Di Caprio? Part of the prestigious Waldorf Astoria Hotels and Resorts brand, this one-of-a-kind property was opened in 1963 and has retained the enviable reputation as being one of the Eternal City’s leading hotels for all the following decades.

Inspired by New York’s legendary Waldorf Astoria, it has developed its own distinct character, timeless architecture and special history since opening. Perched atop the dominant Monte Mario area of the capital that overlooks the city centre, it’s a five-star hilltop oasis that offers the perfect break from your break, away from the chaotic Roman noises, sounds and chaos that are ever-pervading in the alleys and piazzas of downtown Rome.

Dotted throughout the hotel are a highly-prized private collection of unique oil paintings, masterpieces and statues including Andy Warhol and Robert Indiana pieces as well as rare 18th century antiques.

The priceless artwork, marble flooring and golden finishings simply exude Italian luxury from the moment you enter the establishment. Views from guest-room balconies and from the hotel’s bars and restaurants go as far as to embrace the Vatican City and St. Peter’s Basilica, all the way across the historic centre. Of note is its Uliveto restaurant with its view over the landscaped park and pool, and its Tiepolo Lounge and Terrace, which includes masterpieces by the eponymous artist.

Spend some hours wandering through Rome’s colourful, character-packed streets and squares, shopping whilst meandering down narrow cobbled streets dotted with quaint bars and family-run trattorias, or local restaurants, and end the afternoon with an aperitivo on the breathtaking Terrazza Borromini, world-renowned for the most iconic views it offers of historic Rome.

Here is the place to soak up the true meaning of La Dolce Vita whilst enjoying one of the exquisite vintages on offer combined with the majestic, atmospheric views of the Eternal City as it lays out below you in all its life-enhancing glory. Timed correctly, you may be able to enjoy an opera concert inspired by the works of Rossini, Bellini, Verdi or Puccini atop the magnificent Pamphilj Palace overlooking Piazza Navona.

This is where the likes of Angelina Jolie, Charlotte Casiraghi, Sharon Stone, Sophie Marcea and Ridley Scott have been spotted, relaxing far away from the popping flashes of Rome’s paparazzi that are not permitted access. Terrazza Borromini, where scenes of Oscar-winning ‘The Great Beauty’ were filmed, offers exquisite dining and relaxation on its elegant rooftop overlooking magnificent church cupolas and aristocratic palazzos dotting the Rome skyline.

An exquisite wine collection, the best cocktails the capital can offer, and a magnificent array of Italian cuisine ranging from seafood to meat dishes lead history to combine with gastronomy onsite.

The hearts and minds of the world have been captivated by Roman beauty, architecture, history and heritage since classical times. Ever since the 18th century, Rome has captured the imagination of the likes of John Milton, George Byron, Johann Wolfgang Goethe, and Wolfgang Amadeus Mozart during their Italian Grand Tours.

The city still today remains a quagmire of beauty, myth and mystery from which it is very difficult re-emerge unchanged and unscathed by its poignant beauty. Add to this the culture that spills out on the street, with the luxurious lifestyle ‘alla Italiana’ surrounding you as you walk around the city.

A wander around Rome starting from the early morning hours and the pastel light that falls on the Palatine Hill, the Roman Forum ruins, and the majestic Colosseum is an impressive sight that will captivate the imagination of the most hardened traveller.

You could then visit the Vatican City, the smallest Republic in the world that is embedded in the capital city of Rome, to take in the wonders of St Peter’s Basilica, the most magnificent of the 900 or so churches that exist in Rome and the Vatican city.

From here, Palazzo Barberini’s 5,000 plus exhibitions, spanning creations from the 13th through to the 18th century, leaves visitors breathless. The bustling Campo de’Fiori market, instead, where local mamas and tourists alike flock, never fails to impress for its explosive colours and for the fresh wares on display.

The Pantheon, a former Roman temple turned into Catholic church in 609 AD, is to all effects the largest unsupported dome in the world dating back over 20 centuries. The magnificent baroque art collection of the Borghese Gallery, which include Caravaggio, Canova and Bernini is another artistic marvel to take your breath away.

After your day’s visits, stroll back down through the delightful alleys and streets lined with dusty ochre and pink houses in the historical centre, past the majestic Vittoriano building, Parliament Square and the bustling Trevi fountain and soak up the medieval architecture in its contemporary, present-day setting. 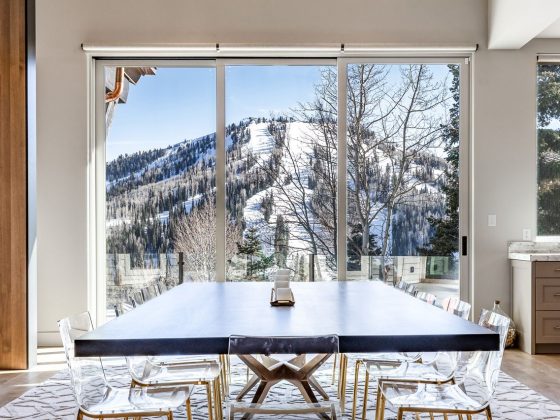 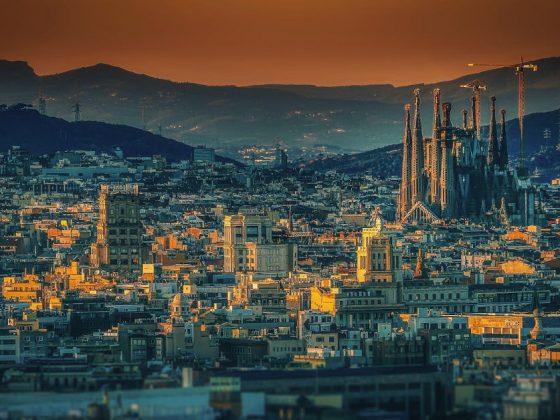 How To Spend 48 Hours In Beautiful Barcelona 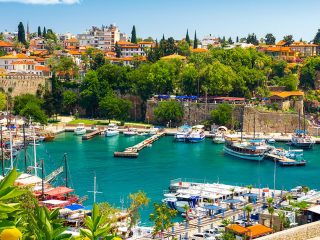 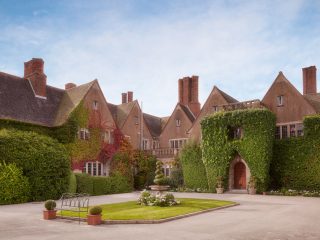 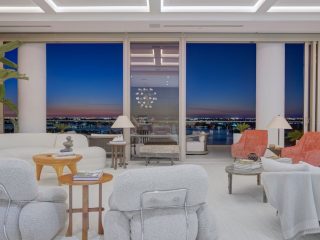 Is Miami Still Hot? Penthouse Set to Ask $10 Million Over Its 2021 Sale Price 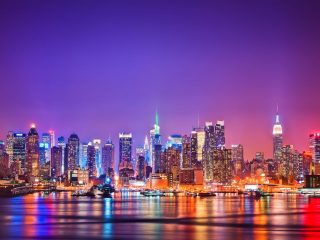 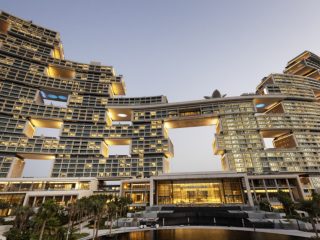 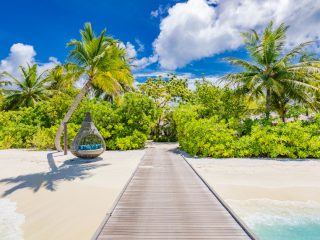 Holiday Showdown: How To Choose Between The Maldives And Mauritius For Your Luxury 2023 Getaway 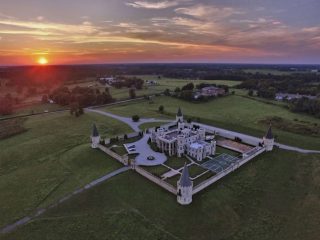 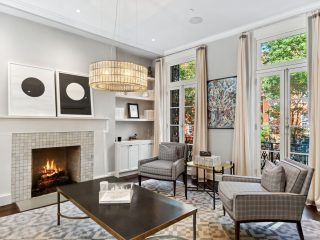