The hills above Los Angeles are filled with glass box-style houses with hot tubs, gyms and home theaters, products of an amenities arms race spawned by an oversupply of speculative development over the past few years. But a newly built Bel-Air mansion, spearheaded by a veteran of the spec-home game, takes the add-ons to the extreme. The asking price? $139 million.

The enormous Bel-Air home has a vodka tasting room kept at subzero temperatures and equipped with faux-fur stoles to keep its occupants warm, according to listing agents Jon Grauman and Adam Rosenfeld of The Agency. A glass-enclosed wine room has a custom Murano glass art installation modeled after a dress once worn by former first lady Jacqueline Onassis. The house also has a nightclub with swirling crystal light fixtures and a rotating display elevator for designer cars.

The seller is Los Angeles real-estate investor and physician Joseph Englanoff. A limited company managed by Dr. Englanoff purchased the site of the house for $5 million in 2014, records show.

Dr. Englanoff has been involved in the construction and sale of several major L.A. homes and was a lender on The One, a home that was once slated to be the most expensive in L.A. history. That house is now set to be auctioned later this month after its developer, megamansion king Nile Niami, ran afoul of lenders—including Dr. Englanoff—amid cost overruns and delays.

Dr. Englanoff named the property La Fin, meaning “the end” in French. The agents said the name was designed to mean that there is nothing greater than this home, that buyers have reached the summit.

The property has 12 bedrooms and more than 16 bathrooms, and the agents estimate that the house measures between 30,000 and 40,000 square feet. A 44-foot chandelier made of some 50,000 individual crystals falls through the center of the grand spiral staircase that connects the home’s three floors. The primary bedroom suite has floor-to-ceiling walls covered in Italian oak, a marble fireplace imported from Portugal and a wraparound deck with views from downtown L.A. to Century City. Its adjoining bathroom suite has 24 slabs of Calacatta gold marble on the walls, as well as showroom-style, walk-in closets.

The home’s other flashy amenities include a ventilated cigar room, a home theater with imported Belgian leather motorized seating, and a fitness center with a rock climbing wall and multiple Peloton bikes. Outside, the pool area includes a 23-foot movie screen that rises up on hydraulics, and a bar with light-up swings in lieu of bar stools.

Mr. Grauman predicted that the home would appeal to a foreign buyer. “There’s certainly a level of opulence that you don’t come across every day,” he said. “That might not necessarily be appreciated by the domestic buyer.”

In spec home development, “the name of the game is differentiation,” he said. “A club with a rotating car lift? These are things that nobody else is doing.” 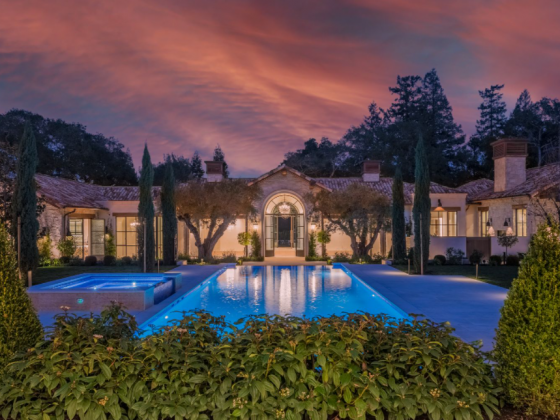 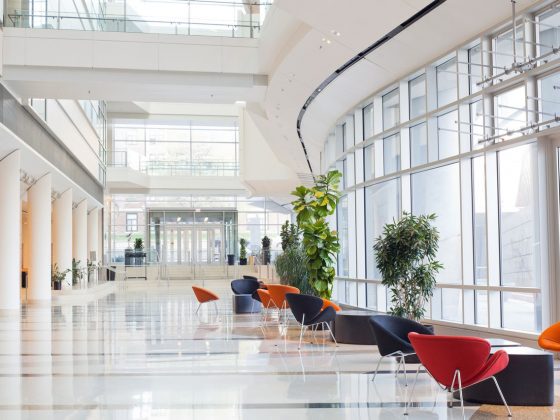