Mark Wahlberg is selling his more than 6-acre Beverly Hills megamansion for a cool $87.5 million.

With 12 bedrooms and 20 bathrooms, the home has more than enough room for the 50-year-old actor and former rapper, his wife, Rhea Durham, 43, and their four children—plus a few friends. It doesn’t hurt that the estate, which hit the market Wednesday, is outfitted with amenities ranging from a two-story library to a five-hole golf course.

Mr. Wahlberg bought the property in 2009 for about $8.25 million, according to records with PropertyShark. He then enlisted architect Richard Landry—who has been called the “King of the Megamansion”—to design a more than 30,000-square-foot abode on the site in the gated community of Beverly Park. “The Fighter” and “The Departed” actor recently hinted that his time in Hollywood may be coming to a close in an interview this week ahead of his latest movie, “Father Stu.” Mr. Wahlberg told “Entertainment Tonight” he and his family would leave Beverly Hills “sooner rather than later.” The new film, based on the real life of a former boxer who turned to the priesthood, will be released April 13.

It also includes formal living and dining rooms, an eat-in kitchen with two islands, a light-filled breakfast nook and a family room, listing photos show. In addition, there’s the wood-paneled library, a home theater, a wet bar, a wine cellar and tasting room, a professional-style gym and a primary bedroom suite with a sitting area, two bathrooms and two dressing rooms.

There are also “beautiful gardens and lushly landscaped grounds including huge lawns, a five-hole golf course, a tennis court, a resort-like grotto pool, a skate park and a guest house, all set amidst total privacy,” according to the listing with Kurt Rappaport of Westside Estate Agency. He declined to comment for this article.

Representatives for Mr. Wahlberg did not immediately return a request for comment. 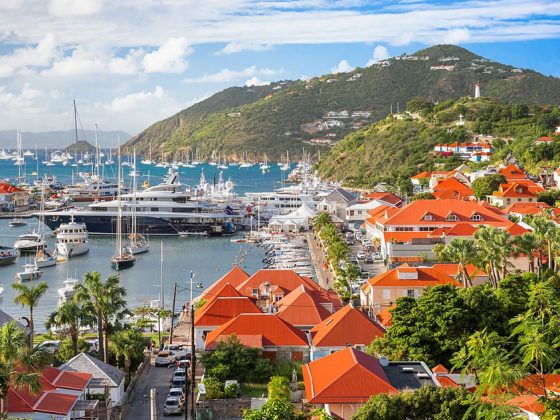 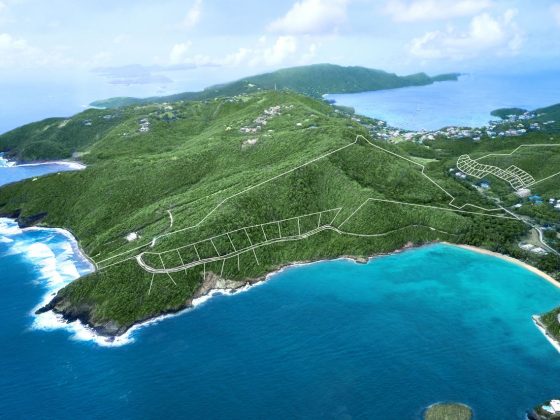 Primed for an Oceanfront Megamansion, a 98-Acre ‘Development Opportunity’ Lists for $40 Million in St. Vincent and the Grenadines