The four-bedroom, 2,212-square-foot mid-century-style home is on the market for the first time since Mancini purchased the property for $147,500 in 1972, according to records.

“Henry Mancini bought this Malibu hideaway at the height of his career, drawing inspiration from the stunning sunsets, enjoying family gatherings and hosting extraordinary parties with talented friends and musicians,” Mancini’s daughters Monica and Felice Mancini said in a joint statement. (The home is being sold by the Mancini family trust.)

Over the course of his career, Mancini, perhaps best known for writing “Moon River” and his work on “Breakfast at Tiffany’s,” as well as theme songs for films and TV series including “Peter Gunn” and “The Pink Panther,” won four Academy Awards, one Golden Globe and 20 Grammy Awards. Following his death in 1994 at age 70, Mancini received a posthumous 1995 Grammy Lifetime Achievement Award.

In addition to direct beach access via a private staircase, the property’s extensive outdoor space includes a landscaped patio with firepit, and decks on multiple levels with ample seating and “ocean views from Point Dume and the Malibu Pier all the way to the sparkling Queen’s Necklace,” according to marketing materials.

“This house is actually in the perfect location. Situated east of the La Costa beach club on a deep sandy section, you have incredible whitewater and downcoast views along with the peace and privacy of being away from public access,” said an emailed statement from listing agent Tony Mark of The Mark & Grether Group at Compass. “It’s a true classic Malibu beach house with an inspiring history.”

The airy main living and entertaining area centers around a marble fireplace, according to listing photos, with sliding glass doors opening out onto one of the beachfront decks. A spacious galley kitchen opens out onto a separate dining area surrounded on three sides by windows and glass doors with views of the ocean.

A primary suite on the upper level features vaulted, wood-beamed ceilings, per listing photos, as well as an en-suite bathroom and an outdoor deck overlooking the ocean. Another bedroom on this level boasts direct deck access, as well.

The gated home was built in 1958, according to records, and has a two-car garage in addition to a driveway with room for two additional cars, per the listing. 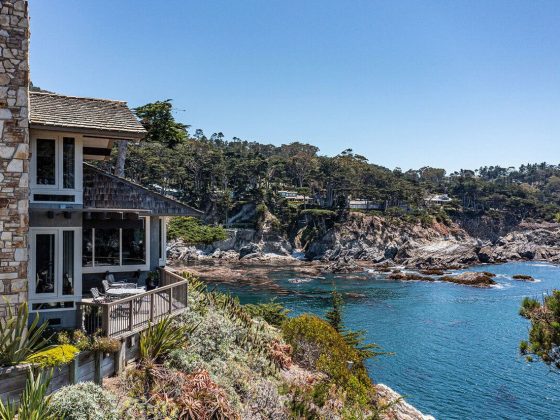 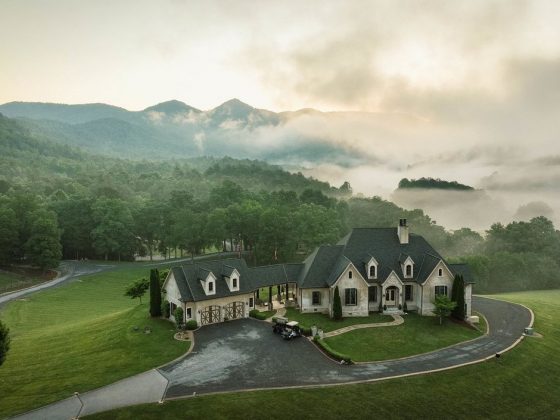