In California’s Bay Area, a more than 100-year-old Tudor-style manor that looks as though it’s been plucked straight from the English countryside is headed to the market later this March for $13 million.

Built in 1918, the recently refurbished Jacobethan Revival estate is in Piedmont, a small city in the Golden State’s Alameda County that’s totally surrounded by the city of Oakland. It was designed by prominent local architect Albert L. Farr, who worked on buildings throughout the Bay Area.

From its wrought iron gate and cobblestone driveway to its parapeted gables and leaded glass windows, the home screams Old World elegance on first glance.

“It’s just got a beautiful feel,” said listing agent MaryLou Castellanos of Sotheby’s International Realty – San Francisco Brokerage, who will be launching the home onto the MLS at the end of the month. With its grand approach and private setting, “it feels like a little mini ‘Downton Abbey’ when you pull up.”

Those charms extend inside, too, where the almost 10,000-square-foot spread is entered through a lavish paneled foyer. The property “feels like it’s from a different era—it’s got such period detail,” Ms. Castellanos said. “It has a very grand but comfortable feel, it doesn’t feel like it’s a giant mansion that you can rattle around in.”

On the lower floor, a space which was originally the ballroom, is now a family room complete with an entertainment center with surround sound, a wet bar and a wine cellar.

The house underwent a thorough renovation within the last 15 years, according to Ms. Castellanos. While the house was “basically rebuilt,” the owners retained the historic charm and integrity of the home in abundance, she said.

The owners are a limited liability company who paid $4.26 million for the property in 2004, records with PropertyShark show.

As of January, home prices in Piedmont were up 31.1% compared to the year prior, leaving the median sale price at $3.25 million, according to data from property portal Redfin. 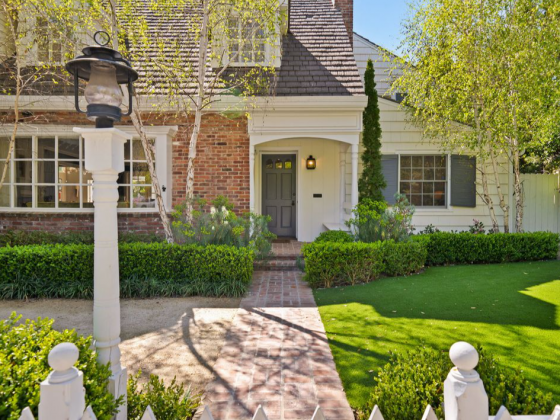