Ozzy and Sharon Osbourne are selling their Los Angeles megamansion for a cool $18 million.

The former Black Sabbath frontman and longtime solo artist, 73, and his 69-year-old wife, a TV personality, listed their 11,565-square-foot Hancock Park home on Tuesday after seven years of ownership, according to listing records. They purchased the property in 2012 for just shy of $12 million through a trust connected to Mr. Osbourne’s business manager, according to records with PropertyShark.

The Mediterranean-style home dates to 1929, and was designed by architect A.K. Kellogg, who is responsible for a number of homes in the neighborhood.

“Fine historical homes are so rare in Los Angeles,“ listing agents Jonah Wilson and Joshua Greer of Hilton & Hyland said in an email. “This is why connoisseurs of these of properties gravitate to Hancock Park, where many of our most significant historical houses are located.  It is a wonderful neighborhood with a rich history. This property in particular has been maintained and restored to perfection.“

Period details such as the ornate, carved doorway, fireplaces and custom millwork remain. Inside the plush red velvet home theater, there’s a chalk board above the fireplace that’s signed by Hollywood royalty such as Lynn Redgrave, Natalie Wood and Mel Torme, listing photos show.

More modern amenities include the chef’s kitchen, complete with top-of-the-line appliances and breakfast nook with a pink banquette aside green chairs, as per listing photos. It opens to the family room and an outdoor dining area with a pizza oven and barbecue.

“The Osbournes’ estate is especially appealing because all the modern luxuries have been added—features expected today like a big warm family kitchen and large modern bathrooms,“ the agents continued. “Sharon has incredible style. She doesn’t compromise…There is a softness and warmth to the house, along with a touch of over-the-top glamor. She has elevated and improved a historical house. Not many people can pull that off.“

The primary bedroom suite was expanded by the Osbournes, and now includes two bathrooms and dressing rooms, according to the listing. Four additional ensuite bedrooms can be found on the upper level, plus a separate guest apartment above the garage. There’s also an elevator.

Outside, there’s a swimming pool covered in hand-laid mosaic tile surrounded by manicured lawns and gardens, the listing said. 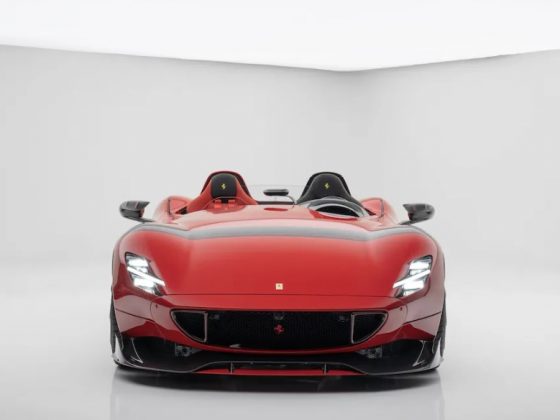 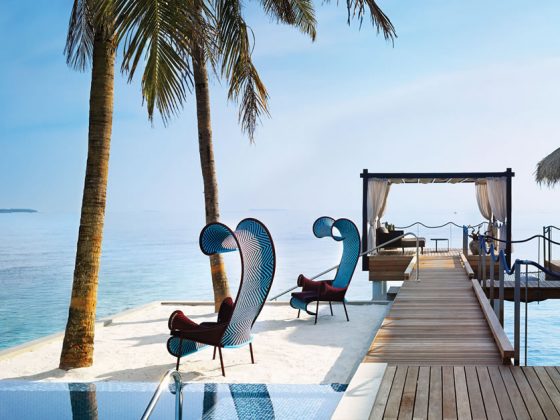 The Ultimate Playground For The Rich And Famous