Part of a New Jersey farm—including a three-bedroom, three-bathroom stone home—built by a member of the family who once owned Macy’s department stores has hit the market for $2.645 million.

Located in Middletown, New Jersey, about 45 miles south of Macy’s flagship location in Herald Square, Manhattan, Cobble Close Farm dates to the 1920s. Much of the home was shipped to the U.S. from Europe, having been taken from dismantled estates throughout the continent, according to last week’s listing with Bernadette Barnett and ​​David Giuliano of Heritage House Sotheby’s International Realty

“They had all these artisans come in and work and work,” Ms. Barnett said. “It took eight years and its own dedicated train line to build.”

Indeed, the stone French Norman-style buildings, cathedral arches, ironwork and heavy wooden doors seem more likely to be found on the French countryside than in Monmouth County, New Jersey. Surrounded by fountains, statues and old-growth trees, the Straus family established the farm on 143 acres, which were broken up and sold in 1949. It borders the Navesink Country Club, allowing for even more green space.

The farm and the 13 acres surrounding it are now part of a co-op with four owners, and the buyer will be purchasing shares of the property. Currently on offer is a 4,500-square-foot main house with an attached three-bedroom, two-bathroom apartment, which could be used as an additional living area for guests, family or as a rental, the listing said.

The interiors feature additional stone arches, exposed beams, a wood-paneled library and a sunken living room with an imperial staircase, listing photos show. There’s also a red dining room with a marble staircase, a sunroom and a primary bedroom suite with a sitting area and built-in shelving. Outdoors, there are several covered patios that may have served as cloisters in the old country, and a pool and pool house. 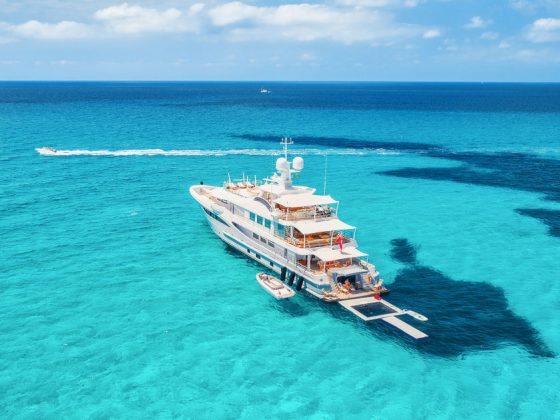 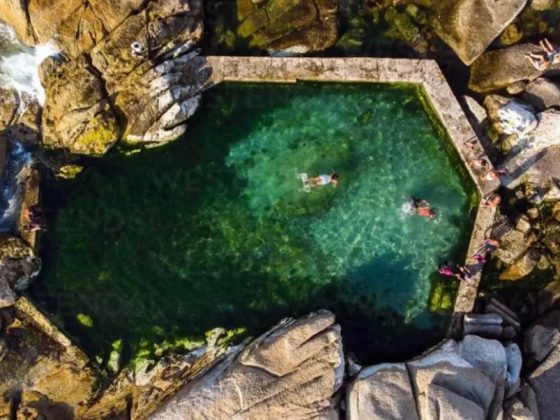 Luxurious Places with Unique Bodies of Water Around the Globe