Ms. Welch purchased the estate for $16.5 million in March 2020, and over the past two years, “she’s put a tremendous amount of work into it,” said Compass agent Byron Anderson, who represents the listing alongside Candy Anderson. “A lot of these homes [in the area] simply don’t trade that often, and when they do they’re typically not in this condition. This is really something special.”

The property spans 290 acres, spreading across the towns of Rhinebeck and Red Hook, and is made of two parcels, one of which is “strictly raw land,” according to Mr. Anderson. The other parcel includes the main home and numerous outbuildings. “Between the two [parcels] there’s just over half a mile of Hudson River frontage,” Mr. Anderson told Mansion Global. “The topography of the land looks like one of the most beautiful golf courses in the world, but it’s also rural and pastoral, and you get these phenomenal Hudson River and Catskills views.”

The 16,600-square-foot, 10-bedroom main home has been redone in the past two years to include updated kitchens and bathrooms, while maintaining historic details including hardwood floors and banisters, 16 total fireplaces, detailed molding and original windows, per the listing. The interiors were handled by designer Bunny Williams.

The main floor features 18-foot ceilings, some of which are painted with landscapes and frescos, with pocket doors between each room to give the option of a more open layout. A formal dining room with hardwood floors and French doors leads out onto a spacious outdoor patio overlooking the Hudson River, per listing photos.

“[Ms. Welch] also did a lot of significant work including two new kitchens in the main house—a cozy family kitchen and a fully equipped chef’s or catering kitchen—with all new appliances, cabinetry and plumbing,” Mr. Anderson said. “A lot of the electrical in the home has been updated, she can control everything from an app.”

In addition to its “park-like grounds with walking trails and cross-country ski paths,” per the listing, the property includes a number of other outbuildings and recreation facilities. Extensive lodging options on the estate include two four-bedroom guest houses, which have also been renovated, as well as a carriage house with four potential staff apartments, a two-bedroom gate house and a one-bedroom gardener’s cottage.

The estate is set up with equestrian facilities—which include an eight-stall stable, a heated indoor riding ring and an outdoor riding—as well as a greenhouse, a tennis court and a pool and poolhouse with river views. “The pool house has its own kitchen and two full bathrooms and dressing rooms, as well,” Mr. Anderson said. 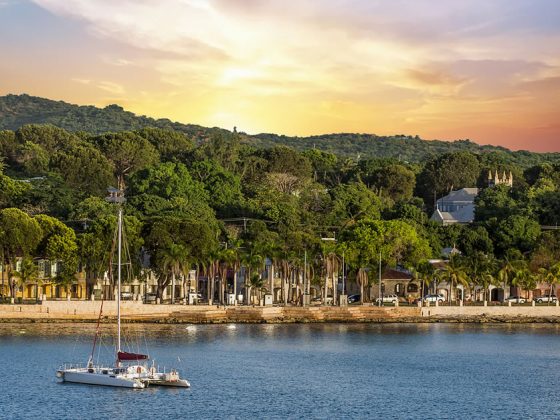 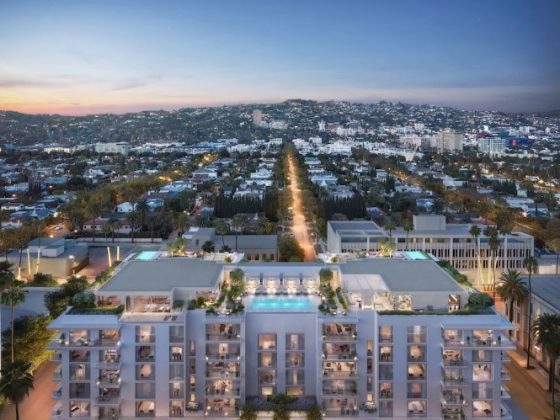