A little more than a year after listing his memorabilia-laden Los Angeles compound for a whopping $110 million, Sylvester Stallone has sold the lavish abode—for about half that original sticker price.

Mr. Stallone, 75, and his wife, Jennifer Flavin, 53, have owned the home through a trust since 1998, property records show. At the time, it changed hands for around $23.5 million, according to county records.

The pair first launched the home onto the market with that nine-figure price tag in January 2021, but slashed the ask down to $85 million in May and then cut it one last time in October, bringing the price down to $80 million.

Mansion Global couldn’t confirm the buyer, who bagged themselves an undeniable deal on the 3.5-acre spread, but earlier reports pointed to British superstar Adele as the home’s new resident.

If the “Easy on Me” singer is indeed behind the deal, she’ll likely choose to change up some of the actor’s stamps on the home, which include numerous “Rocky”-inspired artworks and sculptures that pay homage to the film franchise—one of which stands over the infinity pool—and movie memorabilia.

Tucked away behind gates and at the end of a cul-de-sac, the secluded estate is centered around a six-bedroom main house, which boasts a two-story foyer, a screening room, a gym, a cigar room, panoramic city and canyon views from every room.

Elsewhere on the site, there’s a two-bedroom Richard Landry-designed guesthouse, sprawling lawns, patios, a putting green, an infinity pool and spa, an eight-car garage and an art studio, according to the listing.

Records indicate the listing was held by Jade Mills of Coldwell Banker Realty, Kurt Rappaport of Westside Estate Agency and Tomer Fridman of Compass. The buyer was represented by Mr. Rappaport and T. Lee Montgomery of Keller Williams Hollywood Hills.

The agents, or representatives for them, did not immediately respond to requests for comment. 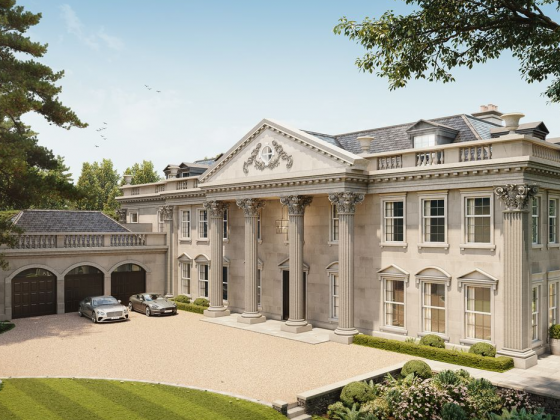 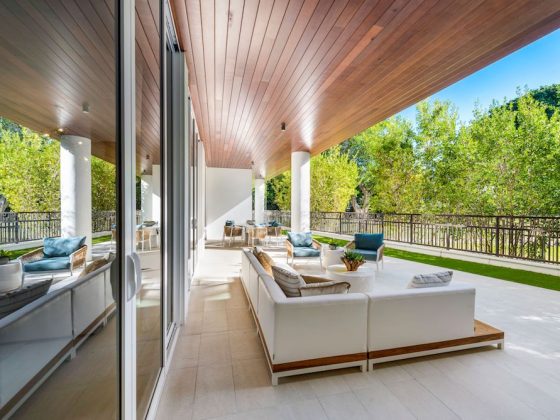