A real estate record was set last week in Tucson, Arizona, with the sale of a $4.45 million estate that now ranks as the most expensive home sold in the desert city.

Known as Villa Esperero, the nearly 50-acre compound is nestled in the foothills of the Santa Catalina Mountains and surrounded by picture-perfect Southwestern landscapes. At its heart is  a custom-built hacienda-style property.

“There are so many factors that contributed to this home being a record-breaker,” said Kate Herk of Russ Lyon Sotheby’s International Realty. Ms. Herk and her colleague Judy Smedes represented both sides of Friday’s deal.

The attribute that sets the property apart is its sizable footprint, that’s “situated between two lush canyons in the Catalina Foothills [and] at the highest elevation for a residential property in Tucson,” Ms. Herk said. “It’s extremely rare to find a property in Tucson with the substantial acreage and privacy at Villa Esperero that also has proximity to restaurants, shopping and world-class golf resorts.”

The 9,000-square-foot main house boasts a great room with soaring ceilings and a wall of windows overlooking the valley and mountain ranges; a gourmet kitchen with a butler’s pantry; and a formal dining room that flows outside, according to the listing.

One particular standout spot is the north patio. It’s “called the Esperero Patio, because the views overlook Esperero Canyon, which runs with water many times [throughout] the year,” Ms. Herk said. “The dramatic views of the mountains and the sound of the water running through the canyon create an experience to remember.”

Another impressive feature is the negative-edge pool and spa, which “showcases the spectacular views of the city lights, the valley below and the unforgettable sunsets that Tucson is known for.”

Elsewhere in the backyard is an outdoor kitchen, entertaining areas and a beehive fireplace, according to the listing.

The sellers, who could not be reached for comment, acquired the estate in 2005 for $3.65 million, property records show. A record of the sale, though, has yet to be made public, as a result Mansion Global could not identify the buyer. 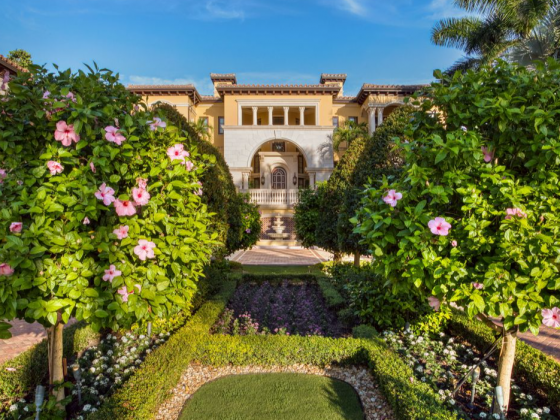 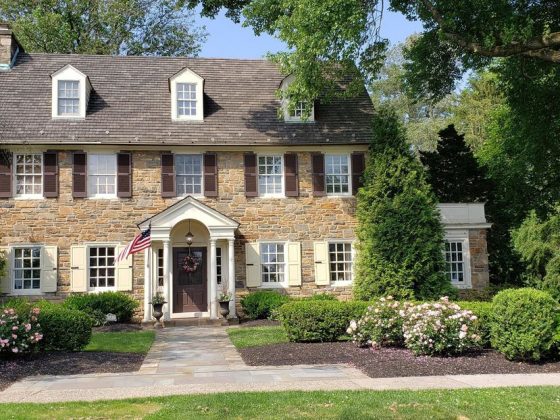