A lavish trophy home in the posh English village of Oxshott, in Surrey, widely considered to be one of the priciest villages in the U.K. where the average home sells for £1.4 million (US$1.8 million), has been listed for sale. Osprey House hit the market earlier this month asking £4.95 million.

The mansion is set behind gates on one of the private roads of Oxshott’s prestigious Crown Estate, home to some of the area’s most exclusive addresses. Once ancient hunting land owned by the Crown, the private estate is now part of the Crown’s public property portfolio, which also includes London’s Regent Street and Ascot Racecourse. Spanning just over 8,000 square feet, the home is loaded with glitzy, contemporary interiors and has been “meticulously enhanced” by the current owners.

The owners, who could not be reached for comment, paid £4.35 million for the home in 2014, according to Land Registry records. “Osprey House is stunning,” listing agent Trevor Kearney said in a statement. “The interior design detail and quality is very special. No expense has been spared.”

Entered via a light-filled entrance hall with a sweeping circular staircase, the house has a drawing room, a dining room, a TV and cinema room, and a study. The heart of the home, according to the listing, is the kitchen and family area, which is lined with floor-to-ceiling glass doors that open up onto the rear garden.

Upstairs are the home’s six bedrooms, including a primary bedroom suite with two dressing rooms, two bathrooms, a sitting area and access to a terrace. Outside, a large sun terrace is joined by a heated swimming pool and a pool house with changing areas and a gym. 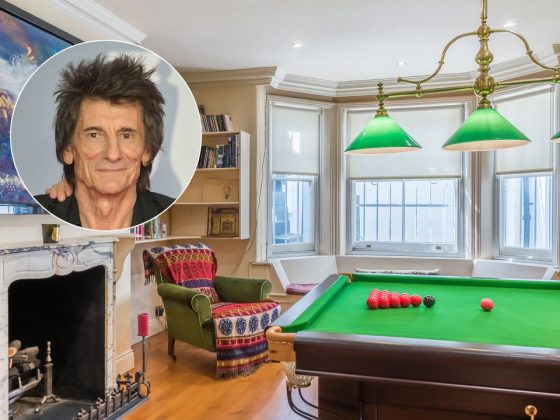 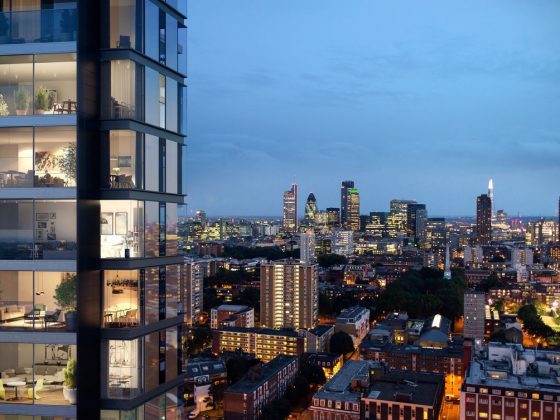 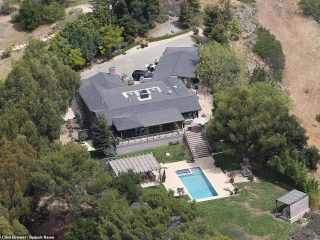